At BCP, the Board of Directors and the Management Team work hand in hand to lead the bank strategically into the future. 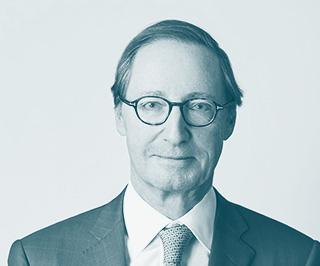 After graduating in law with a Doctor Degree from the University of Freiburg, Dr. Lévy was admitted to the Bar in Geneva in 1983. He started his career in 1976 within the legal department of the Swiss Federal Banking Commission (supervisory authority of the financial sector, before FINMA). He then joined Junod, Muhlstein, Lévy & Puder (Geneva) law firm, becoming a partner in 1984 and teaching law at Freiburg University. Dr. Lévy served as Secretary to the Board of Directors of BCP from 1997 until 2010 when he was made a Member of the Board of Directors and, in March 2014, appointed Chairman. 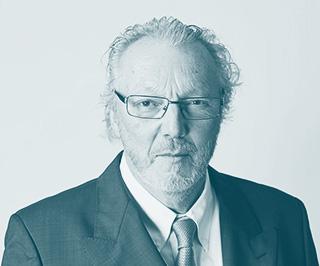 After graduating in law from the University of Geneva, Mr. Baszanger started his career with Crédit Suisse, Geneva in 1970 where he gained his first professional experience, continuing with Banque de Paris et des Pays-Bas, Geneva in 1974, and Crédit Commercial de France (Suisse), Geneva in 1980 where he served as Deputy Manager. He became head of the commercial and credit activities at Bank Brussel Lambert (Suisse), Geneva in 1985. He was then appointed CEO of ING Belgium, Geneva Branch in 2001, a position he held until his retirement in 2011.
Mr. Baszanger was appointed Member of the Board of Directors of BCP in July 2013 and has served as Vice Chairman since March 2014. 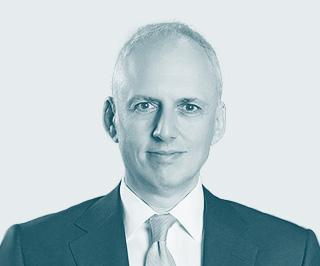 Mr. Erün graduated from Yeditepe University in Business Administration. He began his banking career at Garanti Bank Treasury Department in 1994. Between 1999 and 2004, Mr. Erün served as the Senior Vice President of Commercial Marketing and Sales Department. He became the Chief Executive Officer of Garanti Pension and Life in 2004, and was then appointed as Executive Vice President of Garanti Bank in September 2005. In September 2015, Mr. Erün became the Deputy Chief Executive Officer of Garanti Bank, in charge of Corporate Banking Coordination, Treasury, Treasury Marketing and Financial Solutions, Derivatives, Cash Management and Transaction Banking, and Financial Institutions. He also held positions in the Boards of various Garanti Bank subsidiaries. Since January 2018, Mr. Erün pursues his career as Yapı Kredi’s Executive Director and Chief Executive Officer. He is also the CEO of Koç Financial Services and holds positions in the Boards of various Yapı Kredi Group subsidiaries. Mr. Erün has been appointed Member of BCP’s Board of Directors in January 2022. 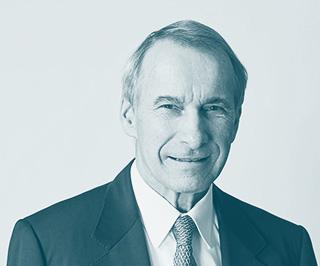 Mr. Gremli started his professional training with Credit Suisse (CS) in the early 1960’s after completing his education in Zurich. He was in training in Lausanne, New York and San Francisco before opening CS offices in Singapore and Tehran in the 1970’s. Upon his return to Switzerland, he became Head of Commercial Banking for the Middle East. In 1983, he completed the Senior Executive Program at Stanford University. In 1992, he became a Member of the Executive Board of CS with area responsibility for the Middle East and Asia. Following his retirement in 2004, he served CS as a Senior Advisor until 2009. Mr. Gremli became a Member of the Board of Directors of BCP in March 2007, and also acts as Chairman of the Audit Committee since 2014. 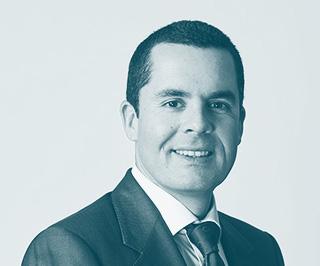 Mr. Karamehmet graduated from the European University in Geneva. He has worked in various departments of BCP between 1998 and 2003, acquiring valuable banking experience. Since then, he has held several management positions within the Cukurova Group. Mr. Karamehmet was appointed Member of the Board of Directors of BCP in 2003, and also serves as a Member of the Audit Committee. 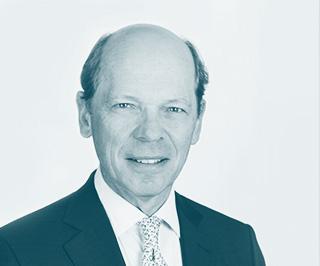 Mr. Ziegler graduated from the University of Namur, Belgium with a Bachelor and Master in Economics & Social Sciences, followed by a Post-Graduate Program in International Economy at the Graduate Institute of International and Development Studies in Geneva. He began his career with Banque Paribas in Geneva followed by a two-year tenure with Swiss Bank Corporation in New York. In 1987, he became CFO of a large family-owned freight forwarding group in Belgium, and was then appointed Head of ING Bank’s Trade and Commodities Finance Department in 1993. Mr. Ziegler joined BNP Paribas Switzerland in 1999. He spent 13 years with the bank, establishing both its Credit and Collateral Control Department, before heading the Energy & Commodity Finance Department. In December 2012, he founded Captiva Corporate Finance SA, a Geneva-based independent financial advisory & corporate finance company, with strong expertise non-exhaustively dedicated to Energy & Commodities players. Mr. Ziegler became a Member of the Board of Directors of BCP in March 2021. 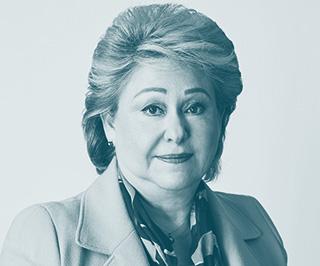 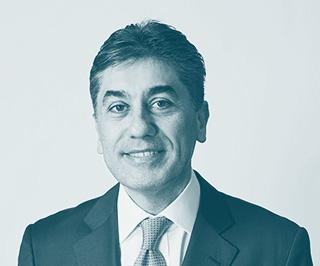 Mr. Sıgın has been Chief Executive Officer of BCP since May 2009. He began his career in 1985 at Interbank A.S., Istanbul and joined Yapi Kredi Bank (BCP’s 31% shareholder) in 1991 as Vice-President in Treasury. Mr. Sıgın worked for Yapi Kredi for 13 years, heading its Treasury as an Executive Vice President until March 1999 when he was promoted to CEO of the Bank. He served as Yapi Kredi’s CEO for 5 years until December 2004, acting simultaneously as Chairman and board member in many of the bank’s subsidiaries. Accordingly, Mr. Sıgın held the position of Vice Chairman of BCP’s Board of Directors from February 2003 to October 2004. From December 2004, he acted as financial advisor to several holding groups until May 2009 when he was appointed BCP’s CEO. Mr. Sıgın holds a BS/BA degree from the University of Central Florida, USA and an MBA from the Bosphorus University, Istanbul. 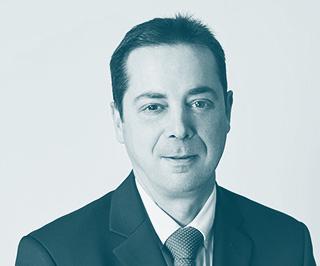 CFO, Financial Control, Operations & IT
Member of the General Management

CFO, Financial Control, Operations & IT
Member of the General Management

Mr. Garcia obtained his Degree in Economics at the University of Geneva in 1987 and started his professional path at Trade Development Bank (American Express) as financial analyst. He continued his career at Lloyds Bank in Geneva, where he mainly served as Head of Financial Control for 14 years, developing in-depth command of accounting, management information systems, financial reporting and budgeting. In 2004, he joined BCP as Head of the Financial Control division and, in October 2014, he was appointed CFO, including the supervision of Financial Control, Banking Operations and Information Technology divisions. Mr. Garcia has been a member of General Management since March 2016. 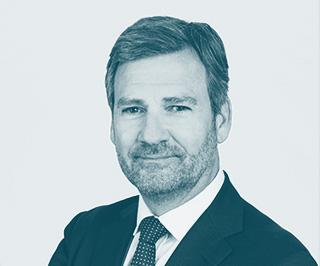 After graduating from Paris Dauphine University in Corporate Finance, Mr. Galtié started his career at Banque Paribas in 1988 in the Sultanate of Oman, before joining the EMEA International Banking Department in Paris in 1990. He served as Vice President, Commodities and Trade Finance from 1992 to 1997.  He was then appointed successively Director in 1997 and Managing Director in 2004 in the Commodities Finance group of BNP Paribas Switzerland where he held various business development and management functions with a prime focus in Eastern Europe, CIS countries, and the Middle East. He served as Head of BNP Paribas Switzerland Commodities Coverage from 2015 to 2016. In December 2016, Mr. Galtié joined Natixis to open and head its representative office in Switzerland. Mr. Galtié was appointed to head BCP’s Commodity Trade Finance Department in April 2019 and has been a member of General Management since July 2019. 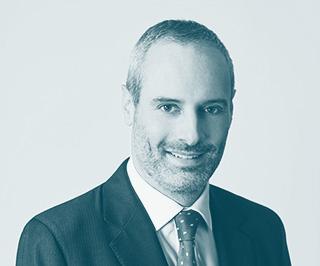 Mr. Zimmermann graduated in economics from the University of Geneva with a Bachelor Degree in 1998 and became Swiss chartered accountant in 2005. He started his professional career in 2000 with KPMG in Geneva where he gained a significant experience in banking audit, notably in the fields of wealth management, credits (trade finance, corporate credits and lombards) and market activities. He continued his professional path at Compagnie Bancaire Helvétique (CBH) in Geneva where he was in charge of the bank’s risk management from 2012 to 2015. In 2015, he joined BCP as Head of the Risk Management Department. He has been a member of General Management since July 2019. 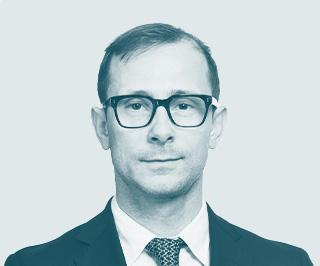 Legal and Compliance
Member of the General Management

Legal and Compliance
Member of the General Management

Mr. de Kalbermatten is a Swiss qualified lawyer, admitted to the Bar in Geneva in 2008. He started his career in a leading Swiss law firm in Geneva and rapidly acquired a wide range of experience in Swiss and international civil and criminal law as well as arbitration. In 2011, Mr. de Kalbermatten joined the Geneva branch of ING Bank advising on all aspects of Swiss banking law including trade and corporate finance. Mr. de Kalbermatten then served as BNP Paribas (Switzerland) S.A. Geneva’s legal advisor, for 7 years where he was appointed Head of Dispute Resolution. He joined BCP as senior legal advisor in 2021, and was appointed Head of the Legal & Compliance Department and member of General Management in March 2022. 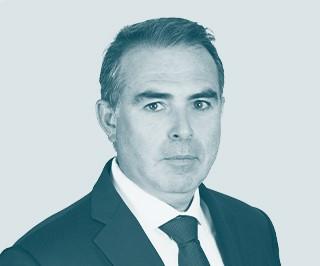 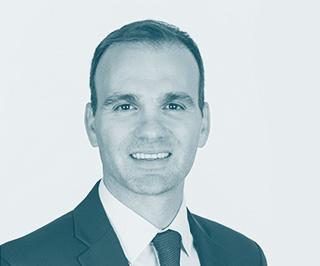 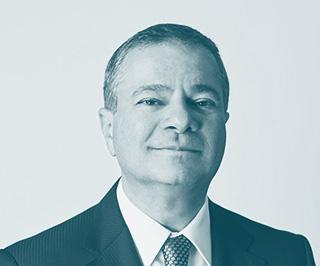 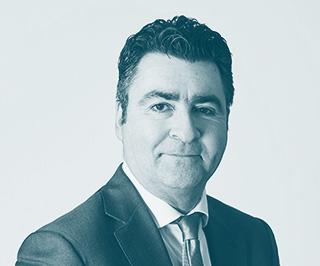 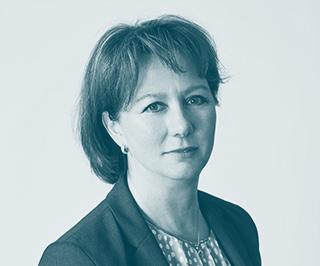 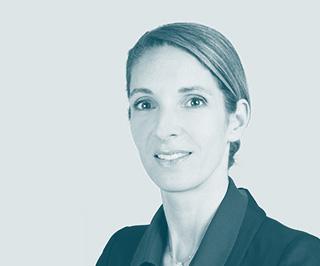